Defence Minister Ron Mark announced, on 10 May, the first of four leased Beechcraft / Textron King Air KA350 aircraft has been certified for use by the Royal New Zealand Air Force. I was intrigued by a few statements in his media release – particularly regarding cost neutrality, return of Air Warfare Officer training to NZ (currently done in Australia) and that two of the four aircraft were to be fitted for maritime patrol duties.

I lodged an Official Information Act request to the Ministry of Defence seeking a bit more detail about the lease (hat tip to that excellent site www.fyi.org.nz). MoD replied 2 days later than the 20 working days allowed (for the record – we must be eternally vigilant about the OIA too).

B.L.U.F. (‘Bottom Line Up Front’ for those who haven’t spent time around a defence establishment)

For those of you who are interested in more detail, here’s what else I got from my request to MoD. You can download the complete response at fyi.org.nz. Interesting fun-fact – the first of the new aircraft is designated NZ2353 – which was an RNZAF Mosquito in the late 40s to early 50s. 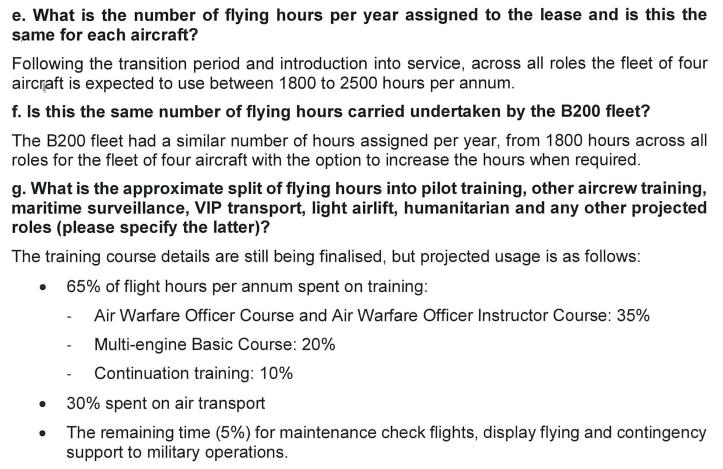 Blatant Advertising Bit: Have you read my short story trilogy “A Poke in the Fifth Eye”? It’s available in Kindle format for only 99c. A ripping good yarn about dirty bomb drone swarms in Wellington New Zealand, a couple of destroyed spy bases, an air force base on fire and only a hastily assembled bunch of Kiwi Reservists standing between the terrorists and their ultimate goal.

All writing on the unclas.com site is copyright. You are welcome to use material non-commercially as long as you acknowledge source. The source of pictures is noted where known.

A New Zealand critique on all aspects of Health, Public, Environmental, Occupational, Safety and Emergency Management

A blog for my thoughts and writings - past, present and future

Exploring The Future, One Page At A Time